I was out walking in the Warwickshire countryside last weekend and came across these unusual objects. Each one was numbered and no more than a couple of meters from the next numbered object. I saw two sets of at least 100 of these, and now release they are located in hedgerows or tree-lined field boundaries that HS2 will cut through (if built). 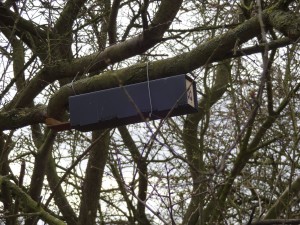 There’s about a dozen of these set into the ground, about  20cm high. Four pairs of boots would cover its area. There’s no discernible pattern to how they’re laid out. The ground is a school playing field traversed by a public right of way here in Stourbridge. 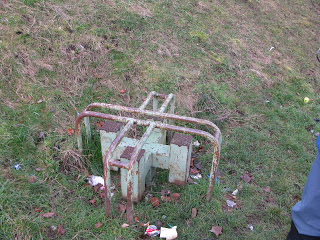 How do you map steps that are transverse like these? This is a view towards Birmingham Central Library from Victoria Square and is a route traversed by thousands of people a day. 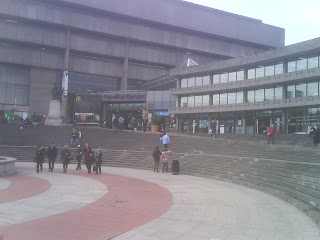 Currently highway=steps is for a set of steps along a linear way which doesn’t address this scenario which must occur tens of thousands of times across the planet.

There is a tagging proposal which as been around for a couple of years which seems to be going nowhere. I’ve read it and it’s far too complex for  me and I would guess most mappers.

Solving this problem is important a) for accurate mapping and  b) for disabled/visually impaired routing.

Perhaps a simple tagging scheme of highway=steps steps=transverse with the left hand side of the way being the top with a rendering of the current steps render with little arrows pointing in the downwards direction across the way?

While we’re at it perhaps the existing linear steps render could be improved with an arrow indicating down? But maybe that would be confusing with the one way render for streets/roads.

Who’s this little fella?  I see stickers of him pasted up in all kinds of urban locations around Birmingham. Is he local? I’m obviously too old to be aware of urban youth culture, whence I assume he originates.Can anyone help me? 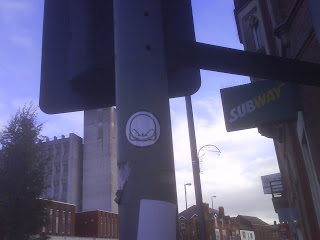 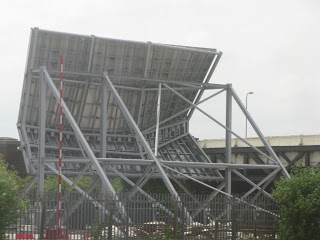 This object has been a puzzle for a couple of years. It’s been constructed on land alongside an old railway siding adjacent to Small Heath Bridge Birmingham B11. This picture was taken from a train on the way into Birmingham Moor Street.

It’s pointing vaguely westwards, i.e which is the direction the camera is pointing in. The reverse side is a  highly polished surface (stainless steel?). It looks like it might be a solar collector of some kind but there are  no power cables or fluid/gas pipes that I can see so it remains a mystery.

Can anyone help in identifying this object which has been lovingly placed on Aston University Campus. It’s not mapped yet: what do you tag this as?  Perhaps they just haven’t got round to placing a label or information board there. Any help gladly accepted 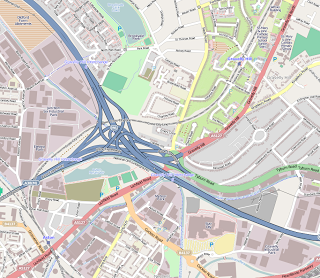 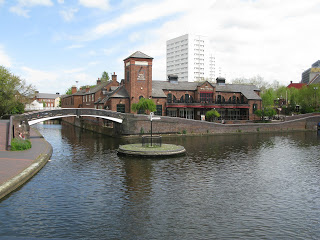 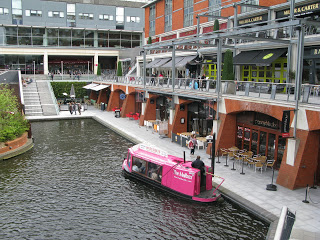 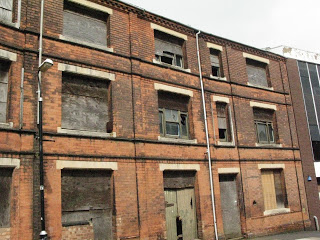 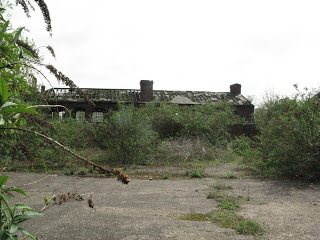 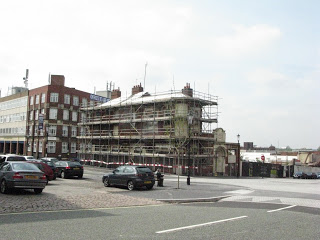 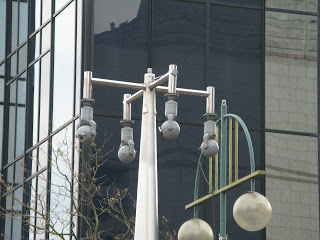 Can anyone beat this for density of surveillance cameras?  I know we live in a security-conscious world but I think this is a bit excessive. Spotted on Broad Street in Birmingham between the Hyatt Hotel and Symphony Hall. Or maybe there is a technical reason for this configuration? They seem to me, as a non-expert, on cursory examination to be capable of  horizontal 360 degree rotation.

Has anyone noticed the growth of ANPR (Automatic Number Plate Recognition) cameras at the exit of many motorway service stations?

Whilst on the subject of ANPR cameras, there was a major national news story last year about a blanket installation of ANPR cameras in the mainly Muslim areas of Birmingham, financed by a counter-terrorism budget and erected without local consultation. After a short and controversial political battle they were removed.

Now they seem to be sprouting up on many trunk roads and major routes into and out of Birmingham, so that the entire city is covered. Has anyone else noticed them? Are they sprouting up in other cities? I think there has long been a ring of such cameras around the City of London (the financial district)