These two towers – Perrotts Folly and the Edgbaston Waterworks Tower – are prominent landmarks about 600 metres apart in the Ladywood area of Birmingham. As a child, Tolkien lived in numerous addresses in Ladywood and it is reputed locally that these towers are the basis of the ‘Two Towers of Gondor’ – Minas Morgul and Minas Tirith. 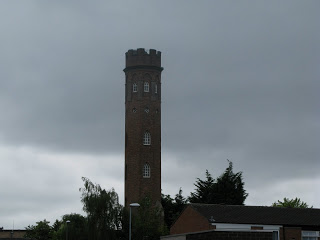 This is Perrott’s Folly (above), built in 1758 by John Perrott. No-one knows for sure why he built the tower so it’s called a folly. It was used as a weather recording station from 1884 to 1979. 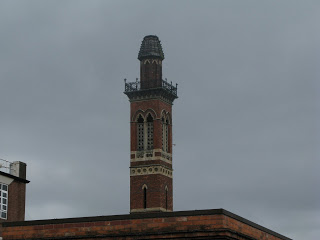 This is the tower at Edgbaston Water Works, built in 1870. Although the Water Works is adjacent to a large reservoir , there is no connection – Edgbaston Reservoir was built to supply water to the canal system not the domestic supply.